The event will be held on four days between May through July, each day featuring a talk show with connoisseurs on Japanese traditional cultures and arts that have been and will be inherited across time, connecting the past, present and future.

Revel in the world of calligraphy, etiquette, brocade and bamboo lights along with a prix fixe menu.

*Talk shows are in Japanese only.
​ 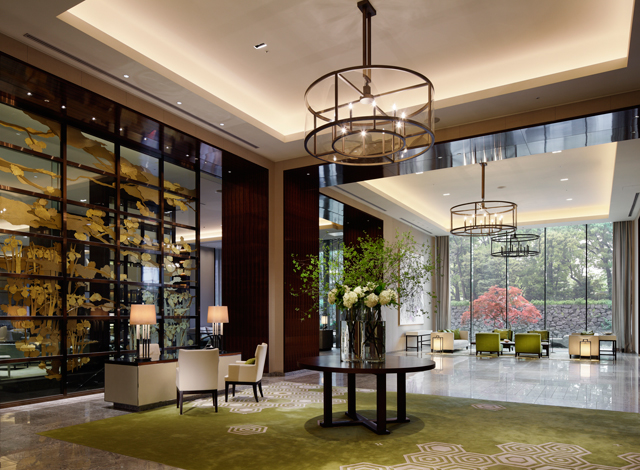 * Advance reservation and payment are required.
* Children 13 years old and older are welcome to participate. 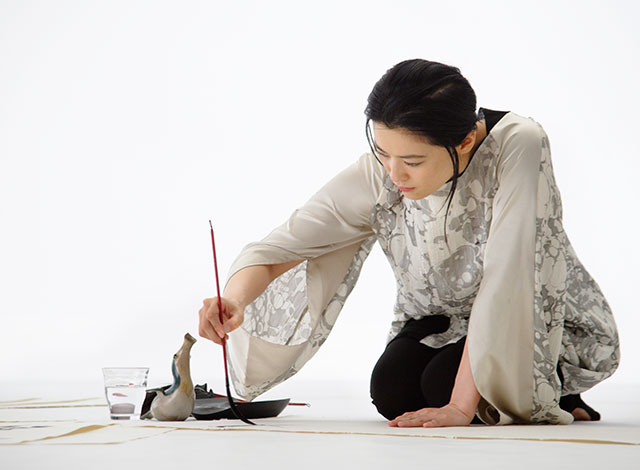 Sisyu evolves the Japanese traditional culture, calligraphy, to media art, sculptures, and paintings, and brings out the emotions and reasons contained in each character.
Along with the talk show, French cuisine using her artworks and the color of calligraphy ink as motifs will be served. 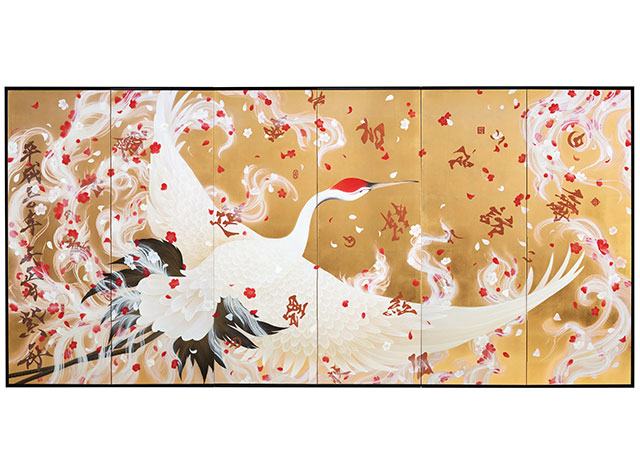 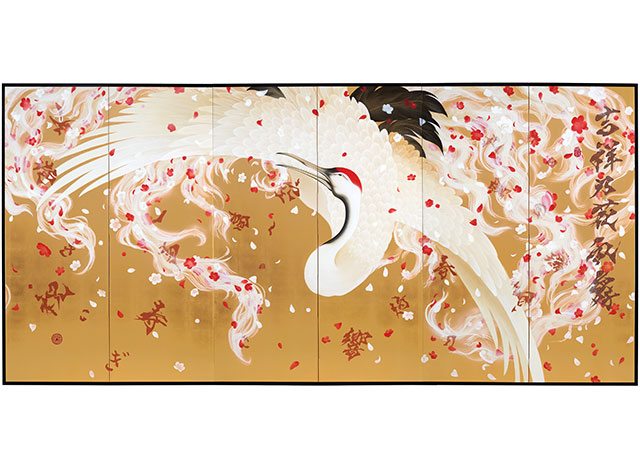 The Ogasawara-ryū was founded over 830 years ago as a school of archery, mounted archery, and etiquette. Welcoming Kiyomoto Ogasawara, the son of the current and 31st generation head of the school, we invite you to learn about the art of etiquette and the five seasonal festivals in Japan. 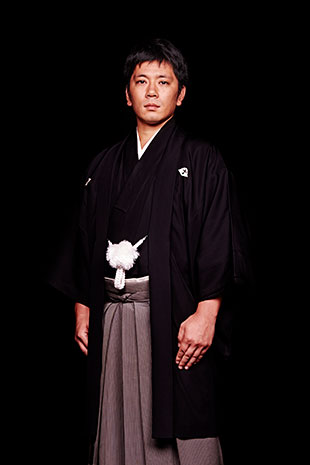 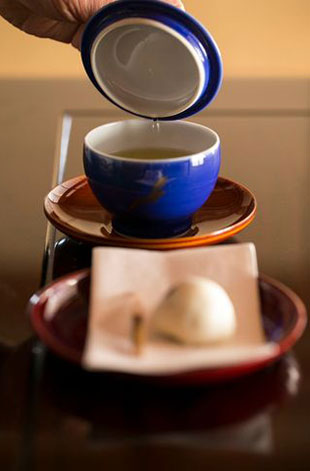 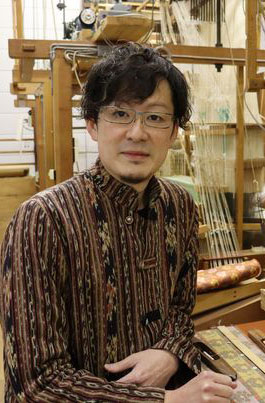 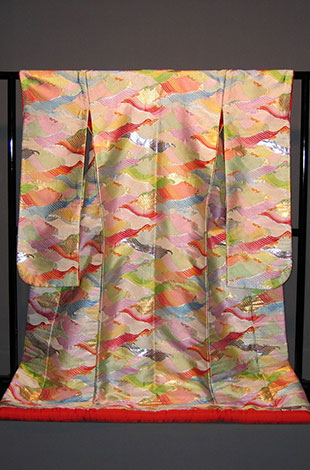 Amane Tatsumura inherits traditional techniques while creating avant-garde brocade artworks. Discover the beauty of Japanese traditional handwoven silk textile through its colors and patterns as told by the artist.
A full course Kaiseki from Wadakura inspired by Tatsumura’s works expressing prayers and peace will be served.

The Star Festival is celebrated every year on July 7, using bamboo as decorations. Explore its tradition with Kiyomoto Ogasawara and Chikao Ikeda (CHIKAKEN creator), specializing in the design, production and installation of bamboo lights.
The prix fixe dinner pays homage to the festival, imaging the starry sky and the traditional decorations. 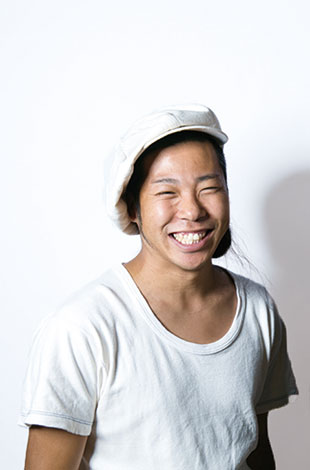 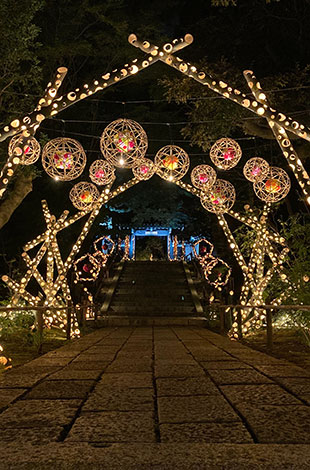 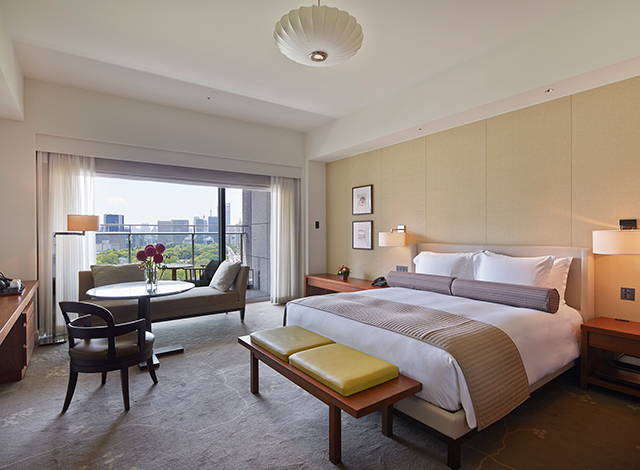 Guests participating in the event may stay at the hotel at special rates.

*Prices are per room, per night, inclusive of service charge, consumption tax, and Tokyo Metropolitan Accommodation Tax. (Does not include event ticket, please purchase separately.)
*Breakfast is available at All-day Dining Grand Kitchen or In-room Dining.

Special packages are available in collaboration with “World of Brocade” and “World of Bamboo Lights.”

Dates: June 1 (Wed.) through 25 (Sat.)
Enjoy a stay with a framed artwork by Amane Tatsumura in your room. Includes a small item by the artist to take home as a memento of your trip.

Dates: June 26 (Sun.) through July 7 (Thu.)
Your room will be decorated with bamboo lights. The wonderous and environmentally friendly lights will make your summer night special. 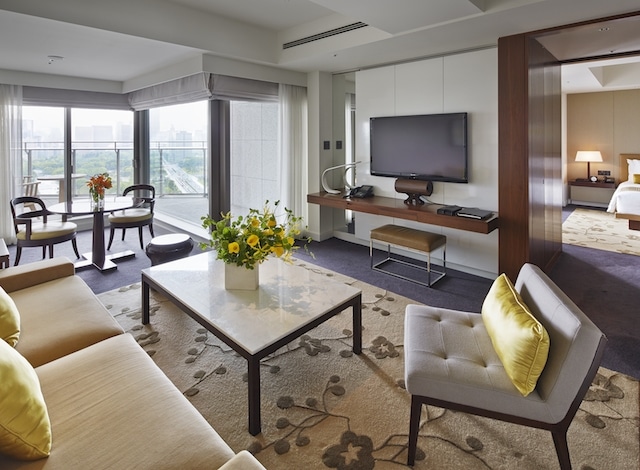 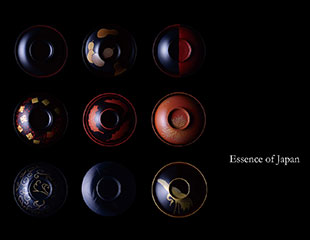 The first “Essence of Japan” event was held in collaboration with 8 finest ryokans. 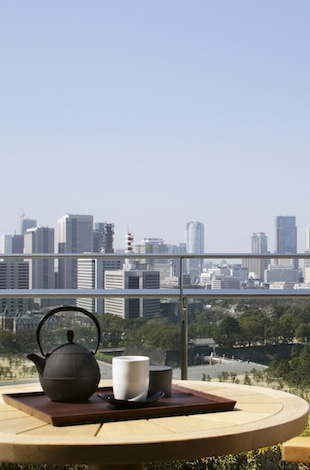 Since it first opened its doors in 1961, Palace Hotel has established a rich history spanning over half a century. After an extensive three-year rebuild from the ground-up, it began its new story as Palace Hotel Tokyo on May 17, 2012.

To commemorate this 10th anniversary, we will be offering a series of events, accommodation packages and restaurant & bar menus throughout the year.

With heartfelt sincerity and an unwavering commitment to excellence, we will continue to provide omotenashi – Japanise hospitality – throughout the decade to come.